​The station for this helicopter was Chu Lai

​Source(s) from which the incident was created or updated: Army Aviation Safety Center database.

AIRCRAFT HAD JUST DEPARTED QUANG NGHAI AIRFIELD FROM REFUELING, WAS ENROUTE ARTILLERY HILL, AND WAS APPROXIMATELY ONE MILE NE OF THE AIRFIELD WHEN THE ACCIDENT HAPPENED. THE PILOT WAS FLYING LOW LEVEL OVER A SANDY BEACH WHEN THE AIRCRAFT EXPERIENCED A RAPID DECREASE IN ROTOR RPM AND ENGINE SOUND. THE PILOT IMMEDIATELY ASSUMED AN ENGINE FAILURE HAD OCCURRED AND INITIATED A LOW LEVEL AUTOROTATION. HE MADE A CYCLIC CLIMB ADDING APPROXIMATELY 100 FEET TO HIS ALTITUDE AND COMPLETED HIS AUTOROTATION AFTER ACQUIRING A 60 KNOT ATTITUDE. THE PILOT INITIATED HIS INITIAL DECELERATION APPROXIMATELY 75 TO 100 FEET AGL.  HE PULLED INITIAL PITCH APPROXIMATELY 10 TO 15 FEET AGL AND DESCENDED VERTICALLY WITH A HIGH RATE OF DESCENT. THE AIRCRAFT TOUCHED DOWN IN A NOSE HIGH ATTITUDE. ONE OF THE BLADES FLEXED DOWN ON TOUCHDOWN SEVERING THE TAILBOOM. THE DETACHED TAIL BOOM AND TAIL ROTOR SAILED TO A POINT APPROXIMATELY 30 TO 35 FEET IN FRONT OF THE AIRCRAFT WHERE IT LANDED.

The following is Goldbook information on helicopter OH-6A, tail number 67-16649
It is provided here as an ESTIMATE of the history of this helicopter and is not intended to be the final authority. 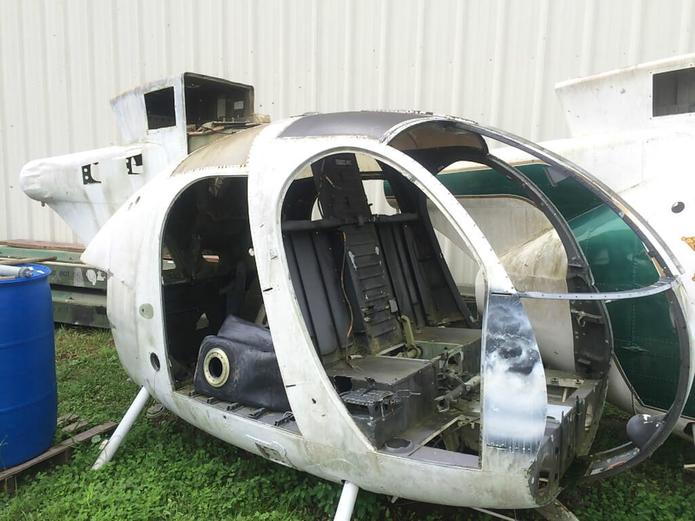 Pilots of the Hernando County Sheriff's Office stand with OH-6A loaded for transport. 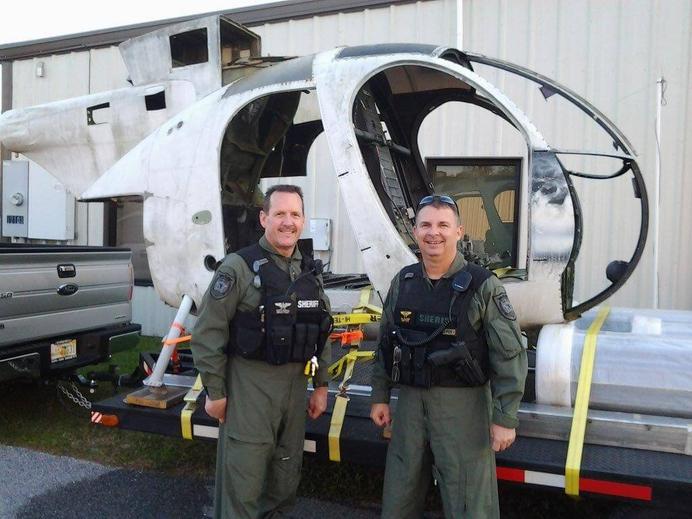 In 2014, Military Machines of American Freedom acquired a Hughes OH-6A "Loach" helicopter, Serial # 67-16649, from the Hernando County Sheriff's Office in Florida.  This helicopter originally served with the U.S. Army.

The Hughes OH-6 Cayuse, which is nick named "Loach", after the requirement acronym LOH—Light Observation Helicopter. This  is a single-engine light helicopter with a four-bladed main rotor used for personnel transport, escort and attack missions, and  observation. Hughes Helicopters also developed the Model 369 as a civilian helicopter, the Hughes Model 500, currently produced  by MD Helicopters as the MD 500.

​The first Model 369 prototype flew on 27 February 1963. Originally designated as the YHO-6A according to the Army's designation system, the aircraft was redesignated as the YOH-6A in 1962 when the Department of Defense created a Joint designation system for all aircraft. Five prototypes were built, fitted with a 252 shp (188 kW) Allison T63-A-5A,[3] and delivered to the U.S. Army at Fort Rucker, Alabama to compete against the other 10 prototype aircraft submitted by Bell and Fairchild-Hiller. During the course of the competition, the Bell submission, the YOH-4, was eliminated as being underpowered (it used the 250 shp (190 kW) T63-A-5). The bidding for the LOH contract came down to Fairchild-Hiller and Hughes. Hughes won the competition,[4] and the Army awarded a contract for production in May 1965, with an initial order for 714 that was later increased to 1,300 with an option on another 114. Hughes's price was $19,700 per airframe, less engine, while Hiller's price was $27,000 per airframe, less engine. The Hiller design had a boosted control system, while the Hughes design did not. This would account for some of the price difference. Hughes is reported to have told Jack Real that he lost over $100 million in building 1,370 airframes.[5][6] It was reported that Hughes had directed his company to submit a bid at a price below the actual production cost of the helicopter in order to secure this order, resulting in substantial losses on the U.S. Army deal, with the anticipation that an extended production cycle would eventually prove financially viable.[7][8]

In 1968 Hughes submitted a bid to build a further 2,700 airframes. Stanley Hiller complained to the U.S. Army that Hughes had used unethical procedures; therefore, the Army opened the contract for rebidding by all parties. Hiller did not participate in the rebidding, but Bell did, with their redesigned Model 206. After a competitive fly-off, the Army asked for sealed bids. Hughes bid $56,550 per airframe, while Bell bid $54,200. Reportedly, Hughes had consulted at the last moment with his confidant Jack Real, who recommended a bid of $53,550. Hughes, without telling him, added $3,000 to the bid and thus lost the contract

This helicopter will be restored for static display and repainted to its original military colors and configuration. 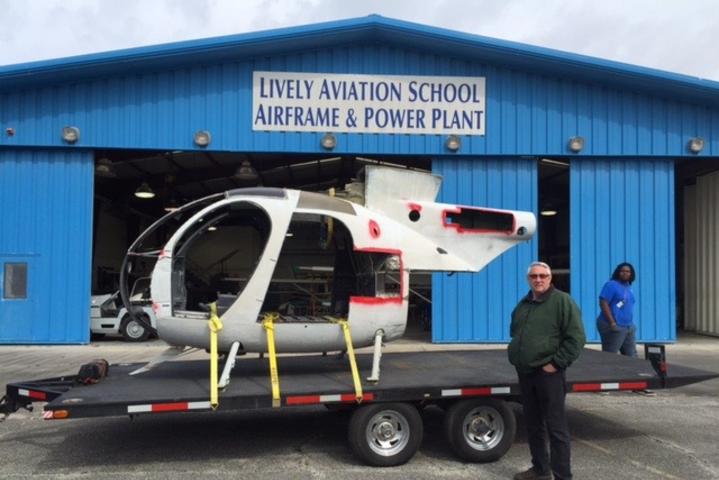 School Administrator Dave Norton​ and ​students from the Lively Aviation School in Tallahassee, Florida are making sheet metal repairs to the OH6 as part of a school project to assist in the restoration of this helicopter for future display. 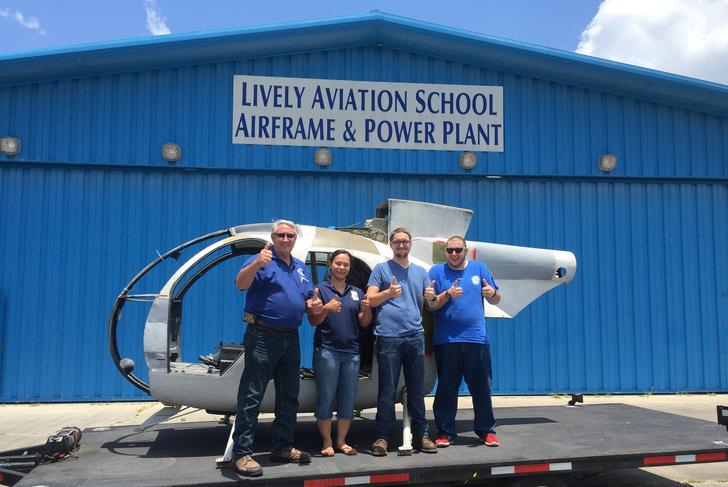 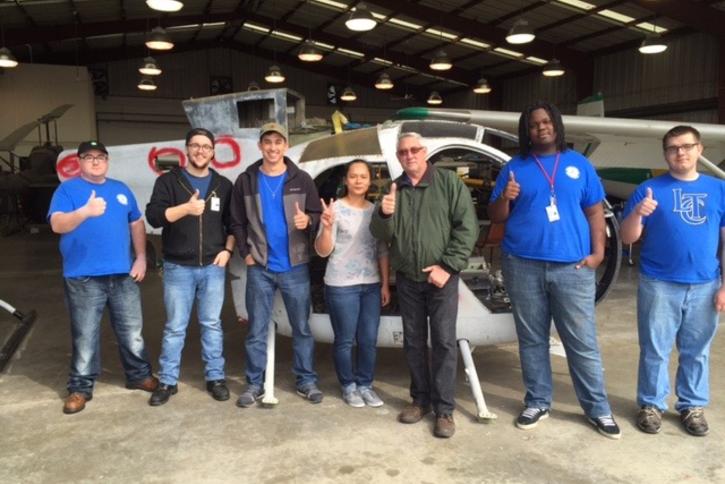 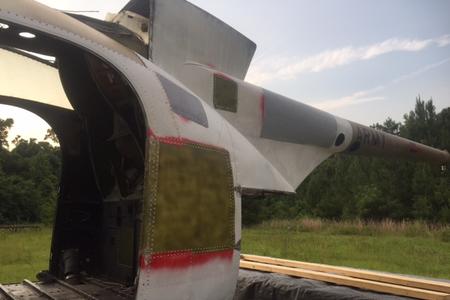 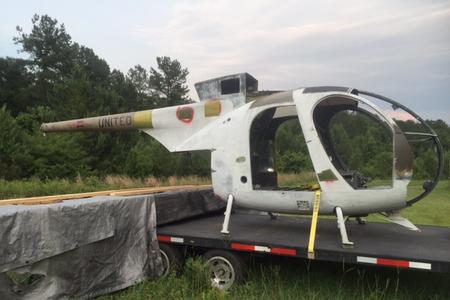 The sheet metal repairs were completed by the Lively Aviation School students.

This display poster was created by MMAF Director Charles Yonts to describe the history of OH-6A helicopter # 67-16649. 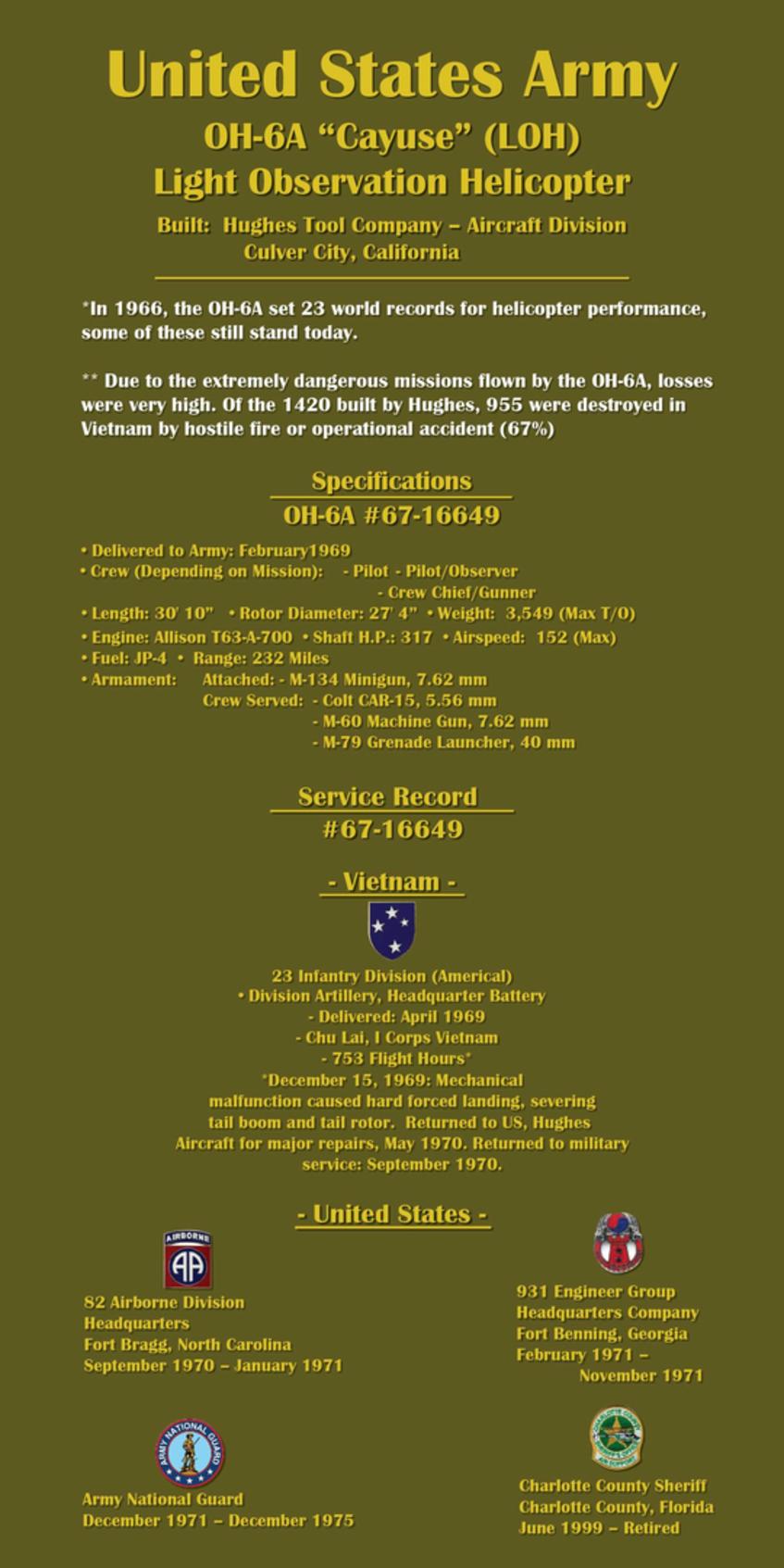 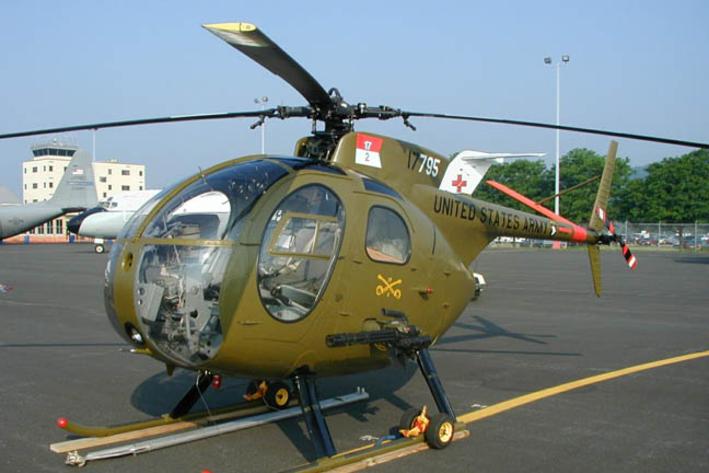 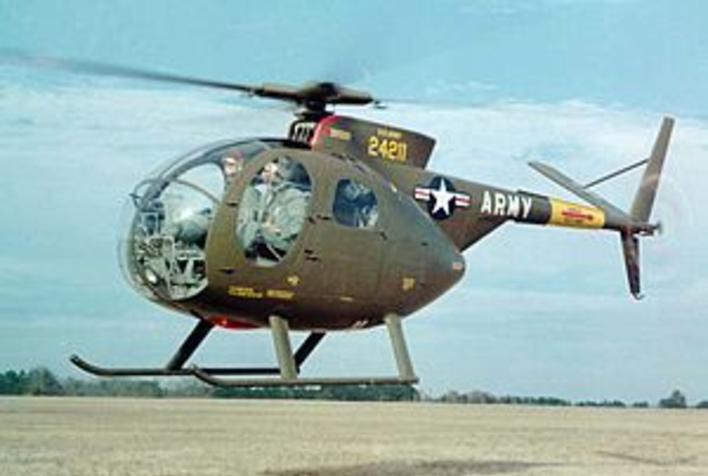